The flying Frenchman Kevin Staut made a strong start to the competition with a fast clear to take an early lead. Riding Elky van het Indihof Hdc, the mare answered every question and tight turn from her rider his time of 63.24 seconds proved too quick to beat. Speaking after his win:

“I finished fifth yesterday with this mare so I was really pleased to win in this class. It is a great venue with a big arena and good facilities. It is nice to come here in the winter as in France and Europe it is cold at the moment. I will be riding my other horse Aran in the Grand Prix tomorrow.”

Ibrahim Hani Bisharat looked delighted with his third place after competing against many of the world top ten riders. The Jordanian is ranked number 161 on the world rankings. He was riding Brown Sugar, yet another horse sired by Chacco Blue.

34 riders came forward for this 1m50 speed class with a course designed by world renowned Frank Rothenberger. 64,000 euro prize money was up for grabs and this class gave riders another chance to get a feel of this impressive arena before tomorrow’s big class- the CSI 5* Grand Prix. 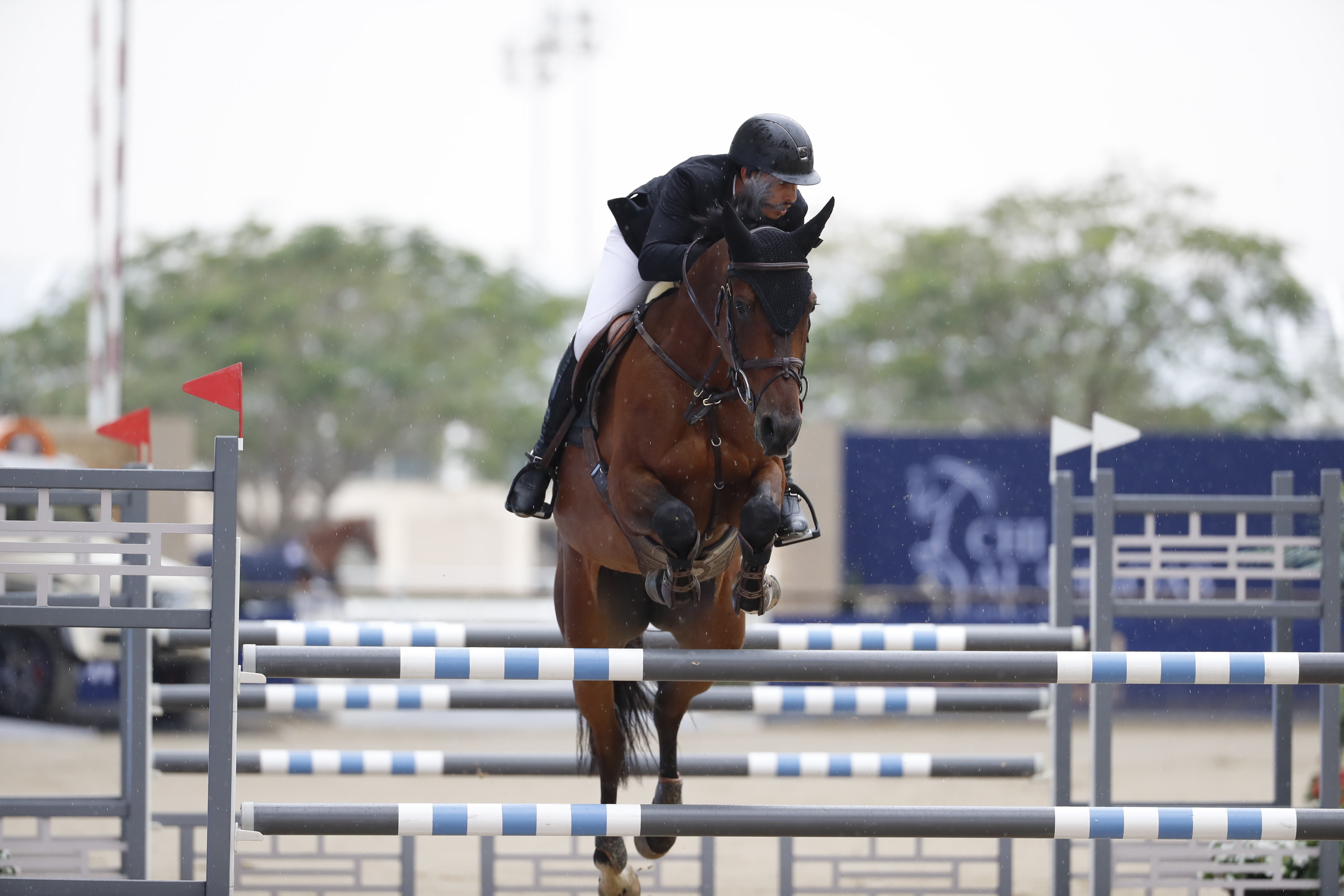 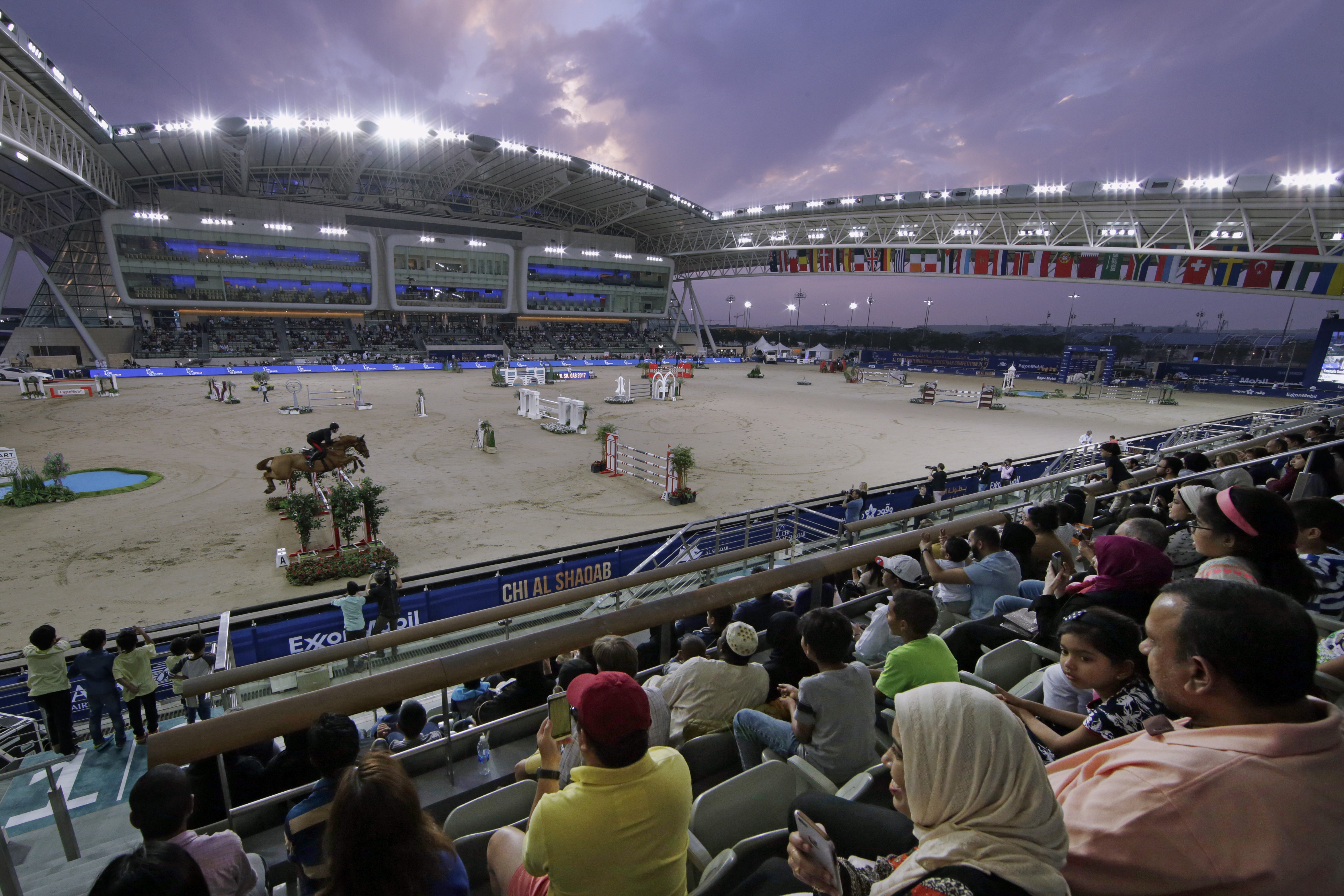 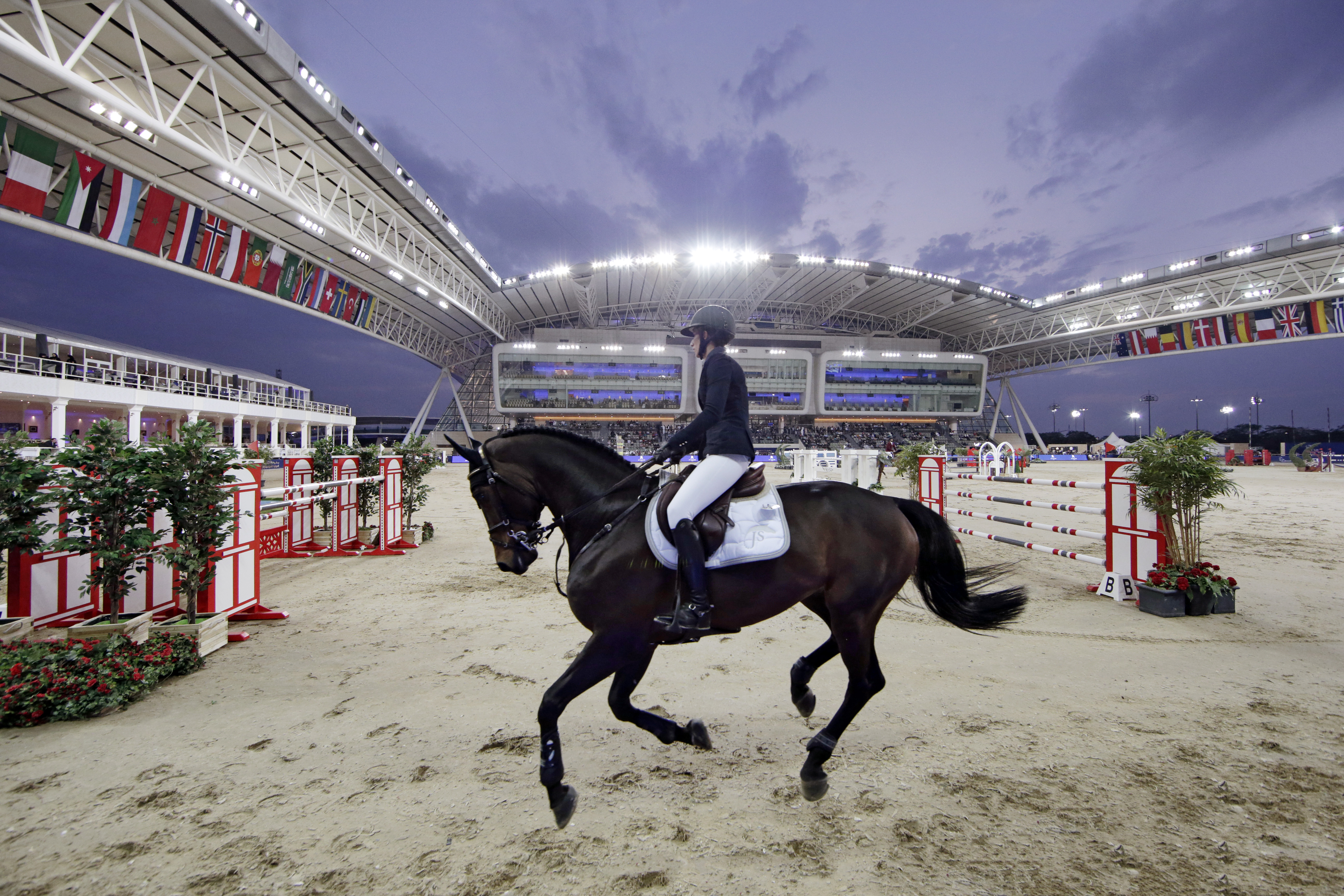 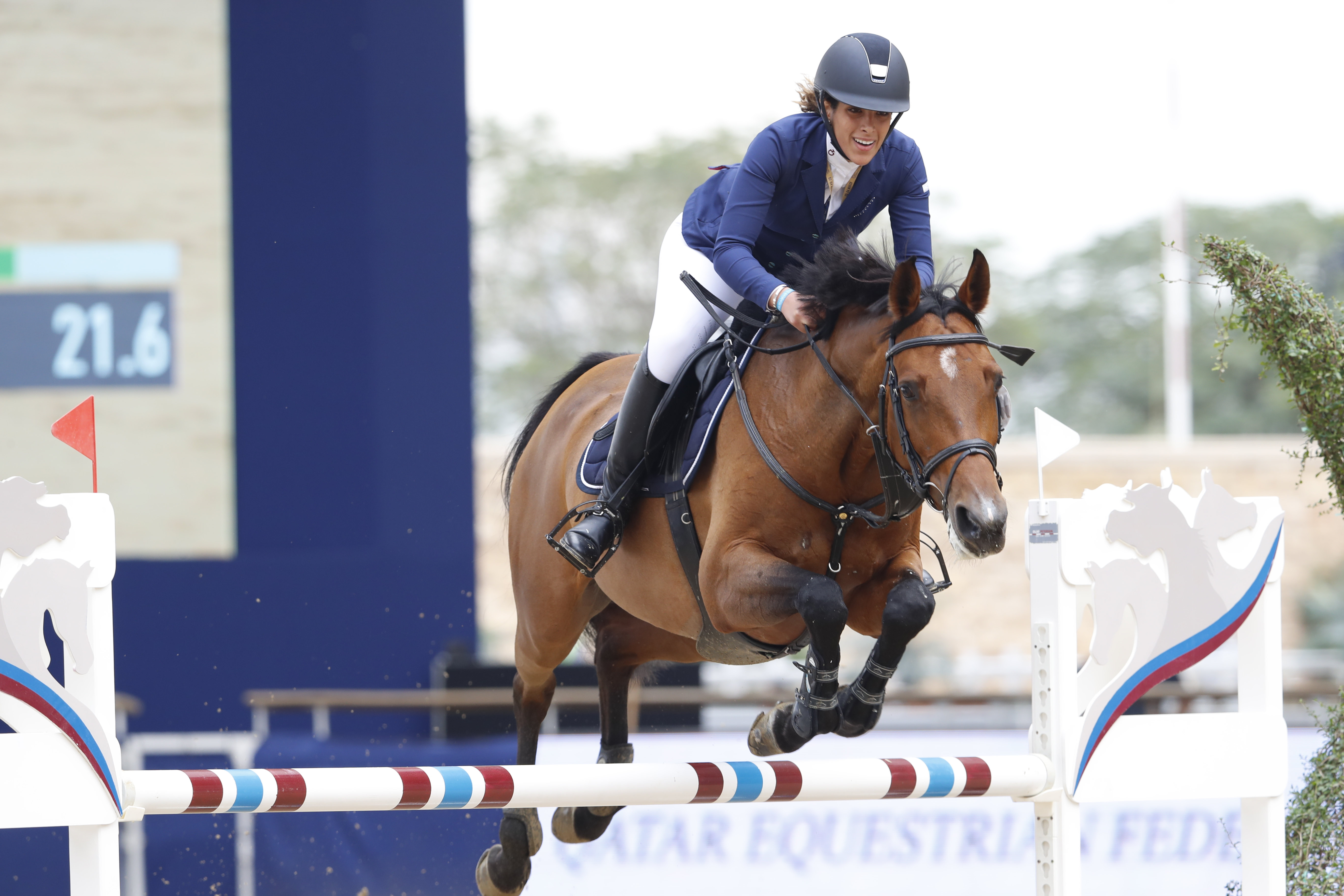 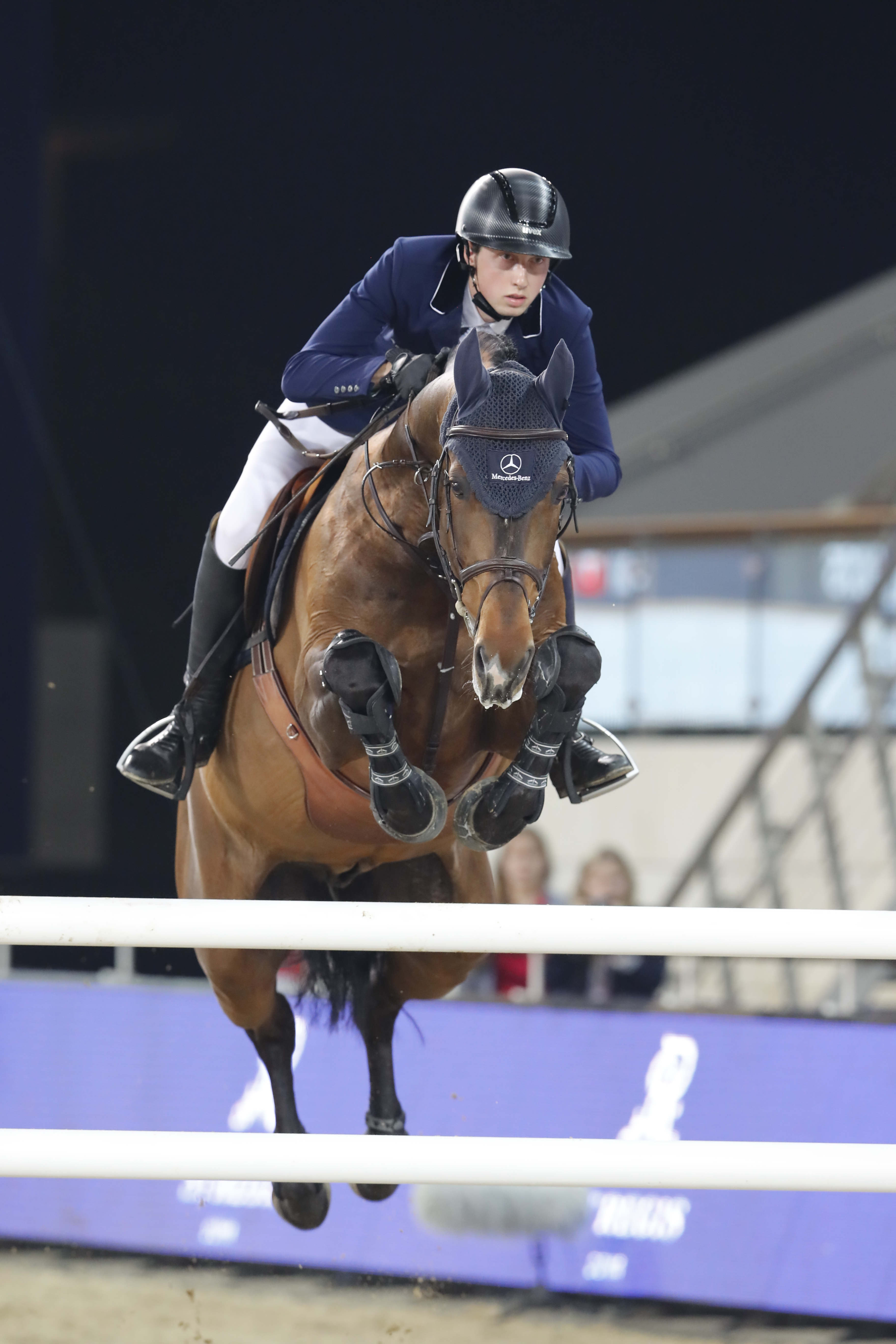 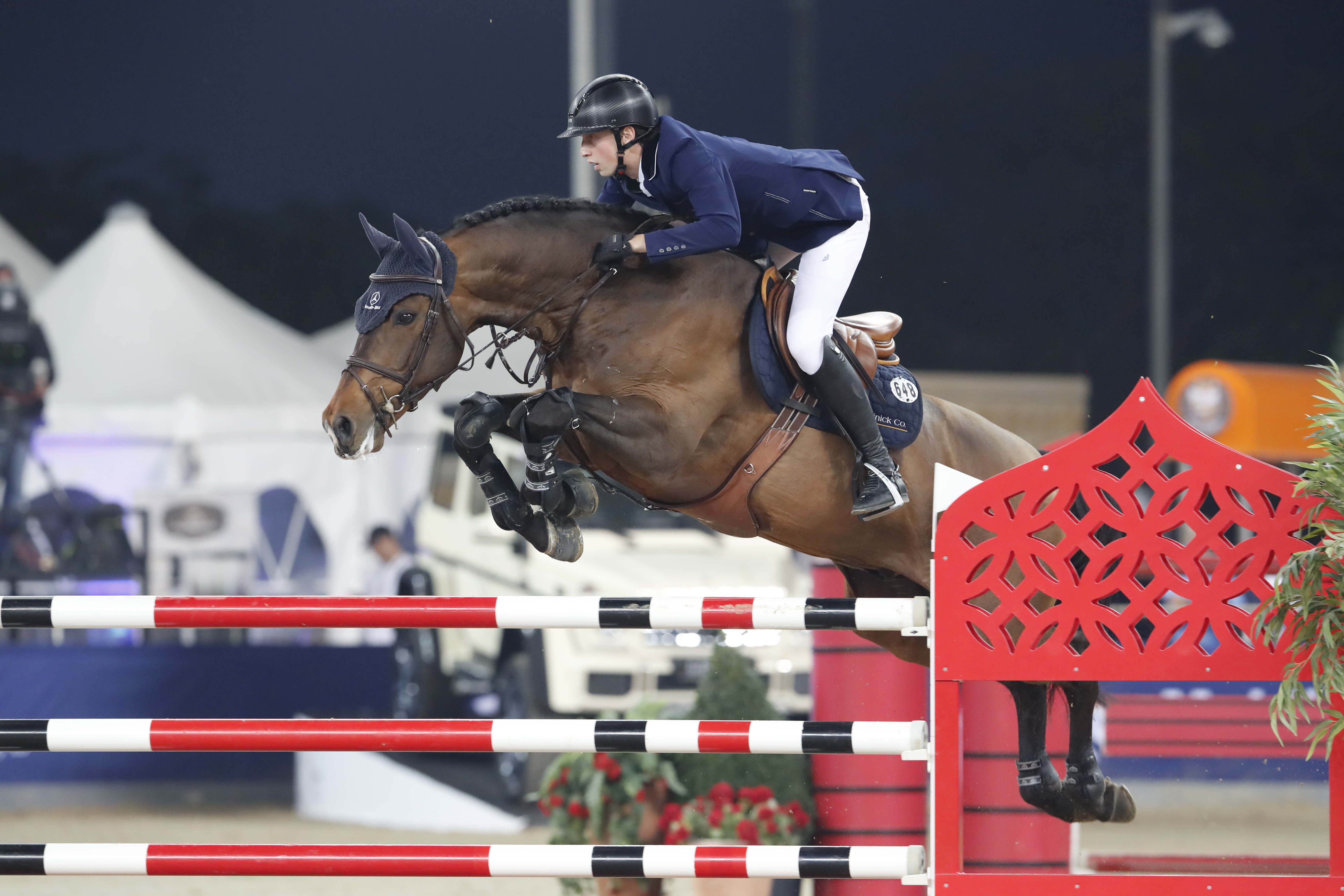