Hundreds of riders and volunteers of all nationalities and from all parts of the UAE, along with specialised nursing and medical staff, and administrative and supervisory committees are all working under the banner of the Pink Caravan Ride. With an enthusiasm and passion for charity, they travel across the UAE from coast to coast to promote awareness about breast cancer, help with early detection and offer free medical check-ups for the nation’s citizens and residents.

Since its inception in 2011, the Pink Caravan Ride has made massive strides across the seven Emirates in terms of free screening, separating fact from fiction and giving advice on minimising risks. And the Pink Caravan's unsung heroes have dedicated a total of 202,790 volunteer hours in serving the campaign’s efforts – that’s the equivalent of working every hour for 23 solid years. Riders, doctors, nurses, administrative and support helpers and many more have proved that the spirit of giving knows no boundaries in generosity and self-sacrifice.

The Pink Caravan's medical teams at mobile clinics, are 83 medical staff members, each of them work for more than 15 hours a day, bringing the total volunteer hours to 165 hours per person in 11 days and 13,695 hours volunteered by the total medical staff in the same period – 82,170 hours in the six years.

Volunteers also take care of the horses and take part in the ride. Other work includes registering patients and organising the processes of medical examinations. The mobile clinic locations need to be arranged and advertised, medical services provided by the Pink Caravan must be promoted, and all forms of technical and logistical support needed by teams accompanying the Pink Caravan must be provided.

The average working hours per volunteer is 14 hours per day, making 154 hours over the 11 days of the Pink Caravan Ride, while a total of 650 volunteers took part in the ride over the past six years – a total of 100,100 hours.

With regard to the Pink Caravan riders, they usually leave their homes early in the morning to prepare the horses for the ride and usually do not return home until late evening. Most of them serve hours ranging from 12- 14 hours per day, which would bring the average volunteer hours per rider to 130 hours over the 10 days of the journey.

Since the number of participating riders is between 8 and 10 riders each day, the average hours volunteered by nine riders on these days amounts to 1170 hours – bringing the total volunteer time dedicated by riders to 7020 hours over the past six years.

Charitable efforts are not limited to field work, but also extend to include the administrative, supervisory and regulatory works undertaken by administrative bodies and subcommittees overseeing the Pink Caravan Ride.

Weekly meetings are held from September each year, involving at least 15 people, with the duration of each meeting taking between four and six hours. This means the total number of meetings take more than 150 hours each year, bringing the total number of hours volunteered in meetings to 900 hours. Calculating the volunteer hours made by the total participants in these meetings results in 13,500 in six years.

Commenting on the volunteer hours achieved by the Pink Caravan, Reem BinKaram, Chairperson of the Higher Organising Committee of the Pink Caravan Ride, said: "These figures show that the Pink Caravan has not only promoted its core aim of raising breast cancer awareness and stressing the importance of early detection, it is also building a true culture of volunteering in its various forms in the UAE.

"We are inspired by the initiative launched by President His Highness Sheikh Khalifa bin Zayed Al Nahyan who declared 2017 as the UAE Year of Giving, which considers volunteering instrumental to realising its goals. The humanitarian and charitable works undertaken by the Pink Caravan are completely in line with this vision and it is a perfect role model in serving the nation and raising its profile and reputation as well as strengthening the spirit and belief in local charity," BinKaram added.

She continued: "The dedication of over 200 thousand volunteer hours has had a positive impact on the lives of many people and contributed significantly to saving the lives of dozens of breast cancer patients. It also contributed to promoting community awareness about the importance of performing regular and early breast cancer medical check-ups. All these achievements would not have been possible without the immeasurable support we received from His Highness Sheikh Dr Sultan bin Mohammed Al Qasimi, Supreme Council Member and Ruler of Sharjah, and his wife, Her Highness Sheikha Jawaher bint Mohammed Al Qasimi, Founder and Royal Patron of FoCP, International Ambassador of the World Cancer Declaration for Union for International Cancer Control (UICC) and International Ambassador for Childhood Cancer for UICC.

"There are only a few days to go before the Pink Caravan begins its journey of hope and giving across the nation, with this year's theme '7 Years.. For 7 Emirates'. The values of goodness, philanthropy and nobility are fundamental values we wish to see in our citizens and residents. Volunteering is part of giving back to our beloved country and is a unique quality that we need to entrench in our children," BinKaram concluded.

BinKaram stressed that the support and attention that Pink Caravan is receiving from H.H. Sheikha Fatima bint Mubarak, Mother of the Nation, Chairwoman of the General Women's Union, Supreme Chairwoman of the Family Development Foundation and President of the Supreme Council for Motherhood and Childhood, and the UAE leaders and its government and private institutions, constitute the axis of the sustainability to Pink Caravan’s hope and awareness ride.

The itinerary of the 10-day horseback journey includes the equine route, medical route, fundraising initiatives, and awareness events to continue its mission of promoting breast cancer awareness and expanding the message of early detection. The Pink Caravan’s Organising Committee believes that raising community awareness about the risks of breast cancer is a national, community and humanitarian responsibility. Therefore, every organisation and individual must take part of this responsibility. 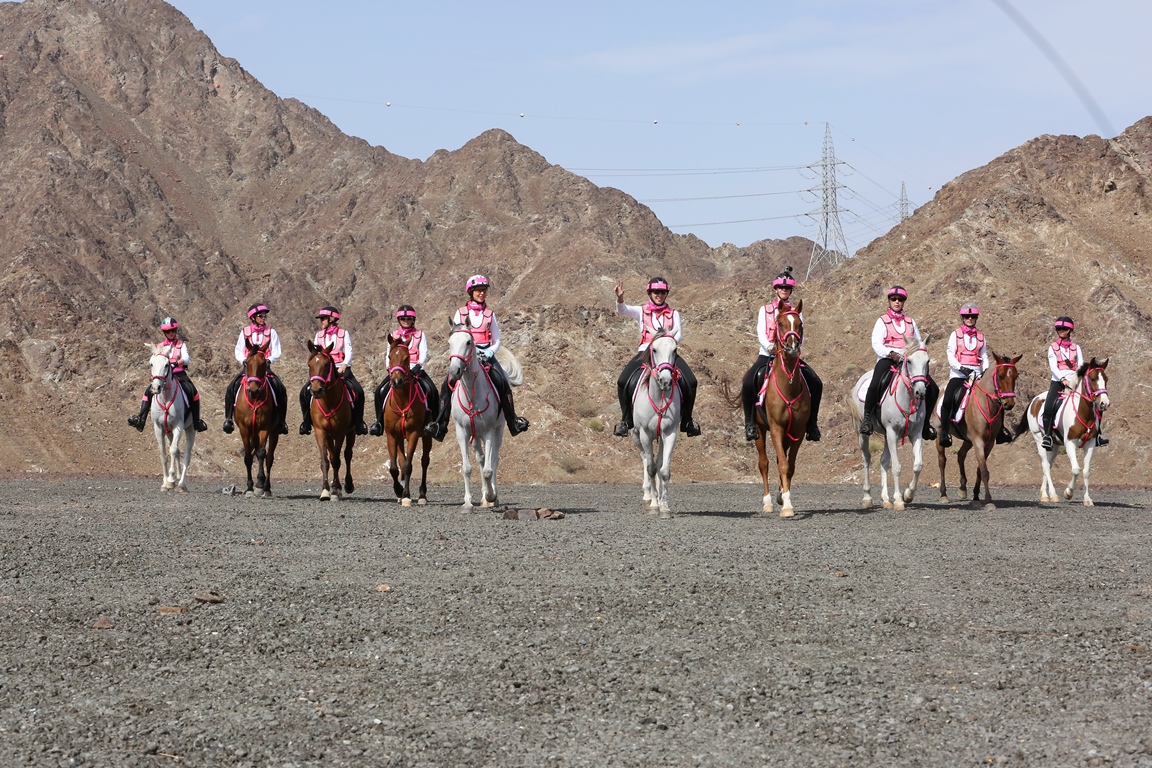 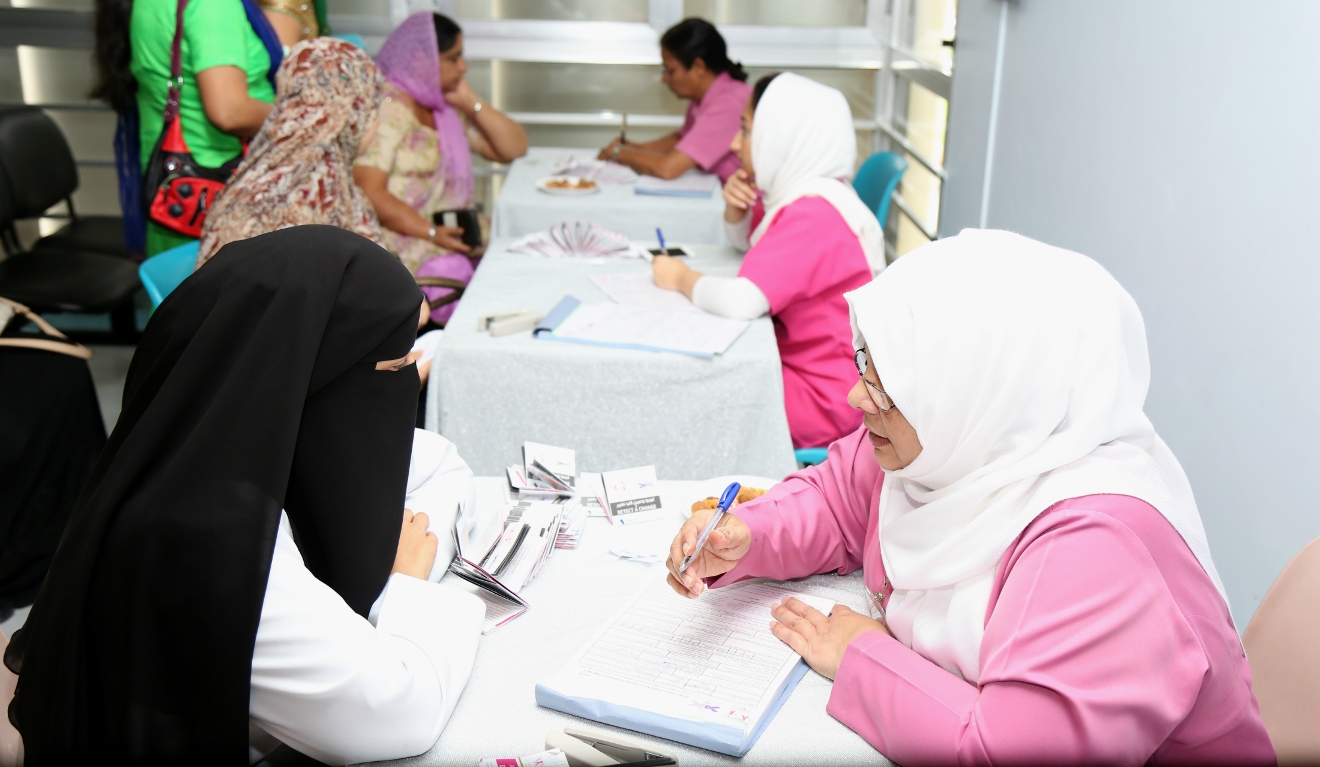 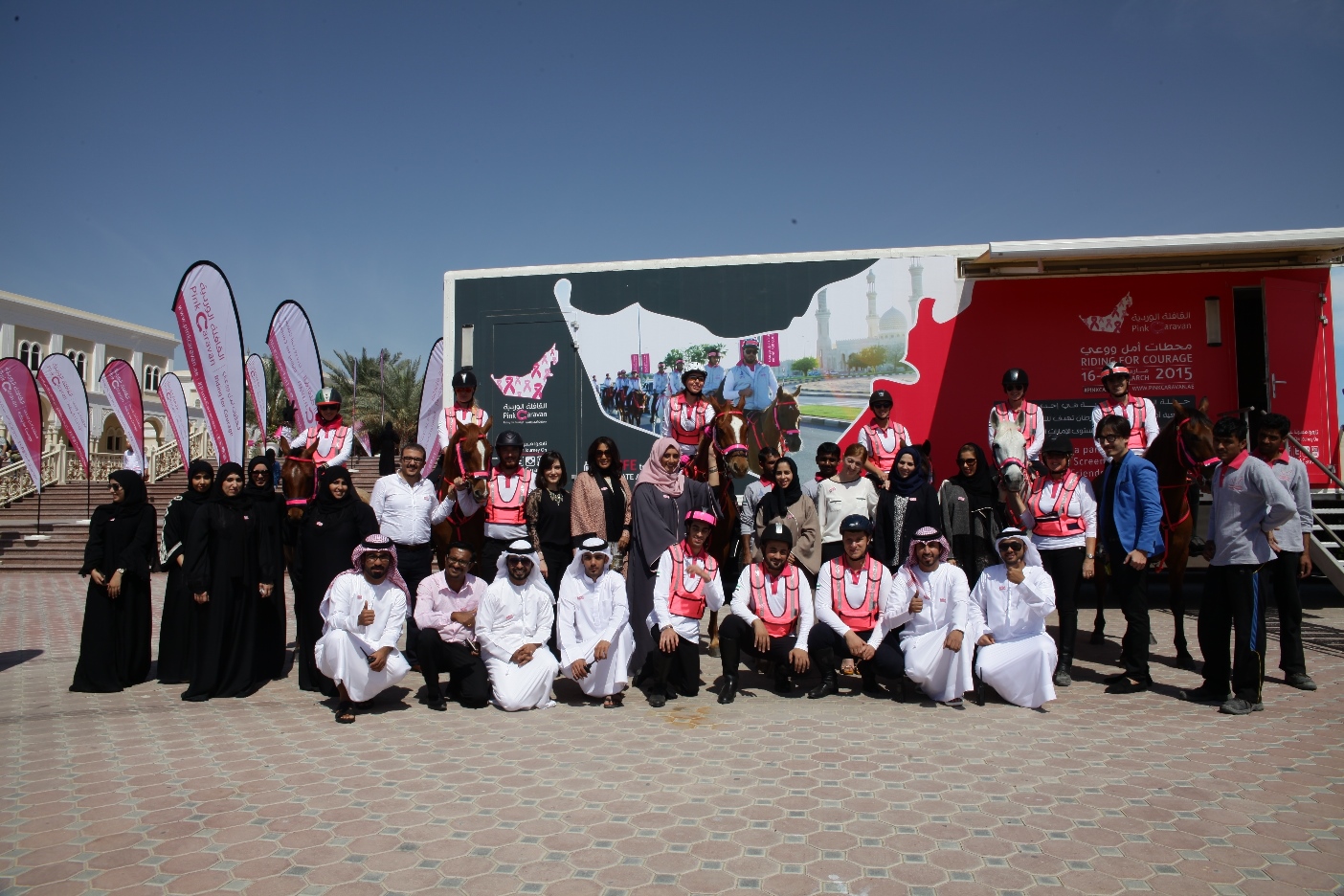