A jubilant Bassem Hassan Mohammed (QAT) riding Victoria, won the first major class of his young career this evening at the Longines Global Champions Tour of Monaco Grand Prix before a packed house and a very appreciative Royal box. Second went to the ever-consistent Rolf-Goran Bengtsson (SWE) and Casall ASK, and third to Cameron Hanley (IRE) and his very aptly named young superstar-in-the-making, Living the Dream. The result left Championship leader Edwina Tops-Alexander (AUS), who lowered a rail in the first round with Old Chap Tame, just 20 points ahead of Rolf-Goran Bengtsson in second, while the Qatari rider moves up to third just one point behind.

Bassem Hassan Mohammed dropped his reins and raised his arms in the air in triumph upon finishing his daring round in what has become his signature celebration since he launched into this season with a fourth place in the Longines Global Champions Tour of Antwerp Grand Prix in April. His fellow teammates hugged and congratulated him as he left the arena with tears in his eyes following his winning round where he was several steps ahead of the the world’s best. The Qataris are hitting top form and Bassem has become a rising star of the show jumping world.

SAS Prince Albert II of Monaco and Princess Caroline of Hannover, along with daughter Charlotte Casiraghi, looked on from the Royal box surrounded by their glittering guests.

The first round of the Longines Global Champions Tour Grand Prix was a feast of horsemanship as the world’s elite show jumpers took to the stunning port-side arena for the sixth leg of the 2014 Championship. With a €300,000 prize fund on offer, the big guns were out in force vying for a place in the second round and the lion's share of the big Championship points. The fabulous setting of Port Hercule sparkled in the moonlight as the glamorous crowds enjoyed the night’s fantastic sporting entertainment from the VIP area, as well as from nearby yachts, restaurants and bars.

Course designer Luc Musette’s first test was tough, big and technical, and with the excited crowds pressed right up against the edges of the smallest arena on the Tour, the atmosphere was electric ahead of the first horse and rider combination entering the arena. The tricky fences proved to be the wide oxers and tall uprights coupled with short distances which made up the combination lines, with more than one big name catching the back rail of a giant oxer for four faults. Just ten clears went through to the second round along with the eight fastest four faulters.

The second round was a heart-stopping affair with the last upright falling more than once in otherwise clean rounds. The time allowed was tight and it was an excruciating single time fault that kept Cameron Hanley out of the jump-off with his exceptionally talented young horse. Rolf-Goran Bengtsson was the first rider to jump a double clear with his experienced stallion Casall ASK. The former European Champion and Olympic medallist looked sure to win when the final jump-off came down to himself the newcomer Bassem Hassan Mohammed. But unintimidated, Bassem rode the round of his life to clinch this historic victory to become the very first Qatari to win an LGCT Grand Prix.

As the Tour heads to Paris, the halfway point of the Championship race, the top of the leaderboard has become a nail-biting battle for supremacy.

Bassem Hassan Mohammed: “I’m so happy to win my first LGCT Grand Prix. Thank you to my team and my coach and my family and Mr Jan Tops for all their support! Victoria has jumped fantastic for the last three weeks. I have had her about a year and she is in great form.”

Rolf-Goran Bengtsson: “I obviously had the wrong strategy for winning today! I had to go first and I underestimated how fast Bassem would be. I rode a bit too careful to avoid having faults. All the best to Bassem, he was too good today and it was a super success.”

Cameron Hanley: “I’m really pleased. My horse’s next competition will be a Nation’s Cup, which is a big step up for him and it will be my first Nation’s Cup with him, so I’m looking forward to that.”

Edwina Tops-Alexander: “It’s exciting because so far we have a new winner at each event. As you can see the points are really close, we are only half way there so there is a lot that can happen and that’s making the whole Tour this year really exciting. It’s going to be pretty open at the end.”

Jan Tops: “I am very proud of Bassem. I work with him on a daily basis and I know how much he wants it and how much he tries every day, and I think it’s an incredible success for Qatar and it motives his teammates to see his hard work pay off. I am very proud of him not only for today, but over the last few weeks, as he is riding very consistently and you can see that in the Ranking. It’s good to see the competitions are becoming much more open at the top, with new nations becoming involved and being successful, that’s what Bassem showed today.” 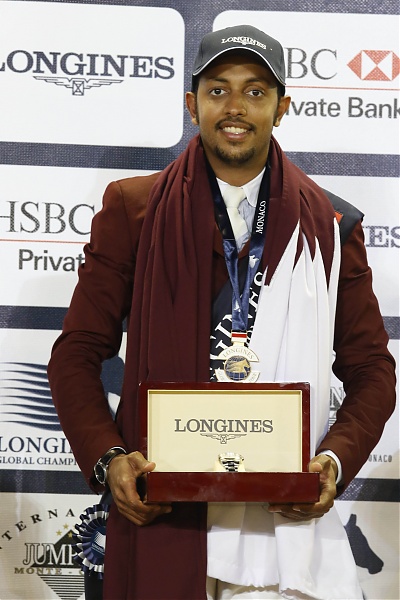 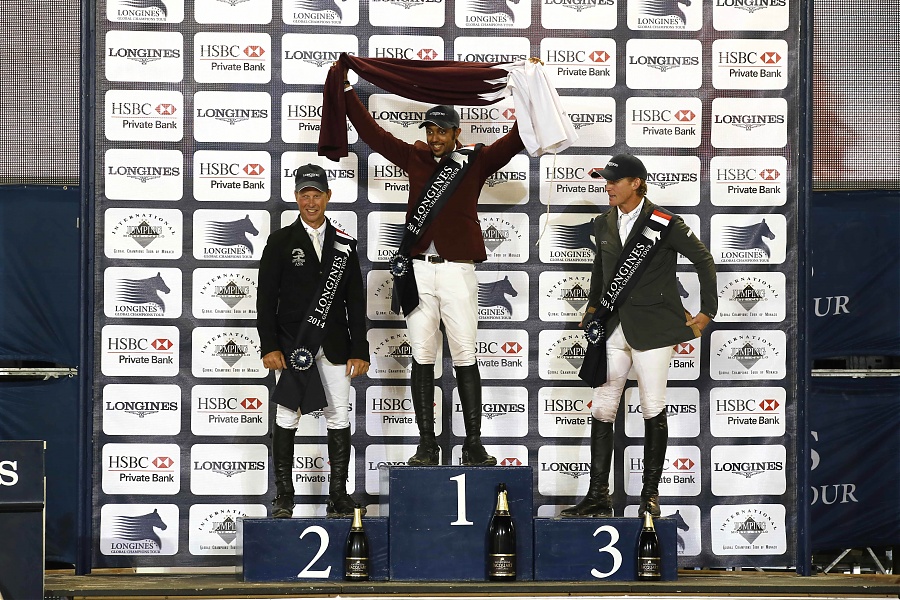