Well, back to noisy ol’ “beep beep beep beep beep” Cairo and my desk at HORSE TIMES after having a great experience at the Alltech FEI World Equestrian Games 2014 in Normandy (WEG).

THE SPORT AT THE GAMES:

As I mentioned in my previous blog >> http://tinyurl.com/mbq3t2d , I am a huge fan of show jumping and watching the world’s top-30-ranked riders is always a pleasure. I watch them compete in the Global Champions Tour and at the FEI World Cup and at other events, but it was different in Stade D’Ornano. The atmosphere was truly grand and the spectators added a great touch to the final momentum of the discipline. It was different than watching the London 2012 Olympics even though individual riders rode to win medals that would be associated to them as well as their nations; the concept of only four riders competing against each other and on each other’s horses in the Individual Final Four was truly unique. And although there are no guarantees in show jumping sport, I must admit that I had huge hopes for Egypt’s Sameh El Dahan >> http://tinyurl.com/ph4w2gs and Nael Nassar >> http://tinyurl.com/m9v5rfv , as well as the truly wonderful and hugely talented Moroccan, Abdelkebir Ouddar >> http://tinyurl.com/o4zt2y6 who did not knock one single fence down during all his rounds. Except, Kebir’s horse had “issues” at the water jump and if it weren't for that uncanny detail, he would have made it into the Final Four. Having said so, it was generally great to watch the majority of Arabs do well at the WEG, especially Qatar’s Sheikh Ali Al Thani >> http://tinyurl.com/oc48me6 and Jordan’s Ibrahim Bisharat >> http://tinyurl.com/nr8grlw – and to see the UAE’s Sheikh Hamdan bin Mohamed bin Rashid Al Maktoum win a gold medal for Endurance; 1,000 congratulations for such an achievement.

Bets were initiated between my boss and I, and we tried to guess which rider would not falter under pressure, and most importantly, which rider would have the capability to manage and jump 3 different horses he/she never rode before, and never practiced on before. Eventually - even though I felt that France’s Patrice Delaveau would shine without any faults in front of an anticipating home crowd, Sweden’s Rolf-Goran Bengtsson would just cruise over, and maybe Beezie Madden’s mental strength would see her though - it turned out that Holland’s Jeroen Dubbeldam was “the” rider of the Final Four and deserves every single world of the description “World Champion”. What a rider....the manner in which he handled his horse, 3 others, the spectators and their inadvertent gasps, as well as the pressure, is to be taught to novice riders who wish to compete in international show jumping sport. He took gold, Beezie silver, and Patrice bronze.

THE SEVEN BENEFITS OF TRAVELLING:

My mother always told me that travelling has 7 benefits. It is generally an Arab saying and those benefits can consist of anything. I have been working at HORSE TIMES for 10 years now, and have made lots of contacts over email, telephones and social media, some of which I only got to meet at the WEG. I have to mention that knowing someone online or on telephone, is not knowing them at all. In fact, one can only get to know another person only after physically interacting and working with them. And the WEG was a chance to physically interact and work with many of my base of online journalists and photographers. I have no problems approaching people and introducing myself, and take pride in being a people’s person, but travelling and interaction, is always a everlasting experience and a lesson taught; who to help, trust and rely on and who not to. Many benefits I have picked up from my work travels, and covering and attending the WEG in France, was no exception. So I give big thanks to the many lovely individuals who were directly and indirectly involved in organising the WEG and offered unrequited help and much praise to the work done by HORSE TIMES at the WEG, the new ones I met and proved to be professional, and the ones I was already acquainted with virtually and turned out to be meandering and obnoxious, organically.

Fournil de Beaulieu was a small bakery shop located across the street from Stade D’ornano. They baked bread from heaven and of course, scrumptious chocolate and apple croissants that I was about to go into a coma from if I had not stopped eating! Clients loved their ham/butter/cheese sandwiches and because I do not eat ham, one of the bakery workers, Romain, would custom make a delicious salmon with goat’s cheese, lettuce and sun-dried tomatoes JUST for me every day! Not all of them were English practisers, hence I had to explain what my tummy desired in sign language and in the poor little French I knew. After many smiles and most definitely laughs at my way of pronouncing “saumon fume and fromage de chèvre”, they got used to me and greeted me with big bounjours every morning. Sophie Anquetil the shop owner has the cutest daughter ever, and would actually greet me with a big and warm hug. I will miss them all, and will miss them making my picky ingredients sandwich, and will certainly miss the atmosphere inside that tiny shop across the street. If you ever go to Caen, please make sure you try their baked goods....

We have loads of work to accomplish here at HORSE TIMES; our winter issue should be coming up in December and of course, our exclusive to the WEG hard-cover photographs book is also to be published simultaneously with the winter issue. Several show jumping events coming up in Algeria and Morocco next month and others too around the world. So wish us luck and keep track of our social media channels, especially our Google Plus page which will soon have 1,000,000 worldwide followers.

Now I end my blog about Normandy, and might start a new one from the next big event, who knows! So au revoir Caen, au revoir France, and au revoir Alltech FEI World Equestrian Games 2014 in Normandy. 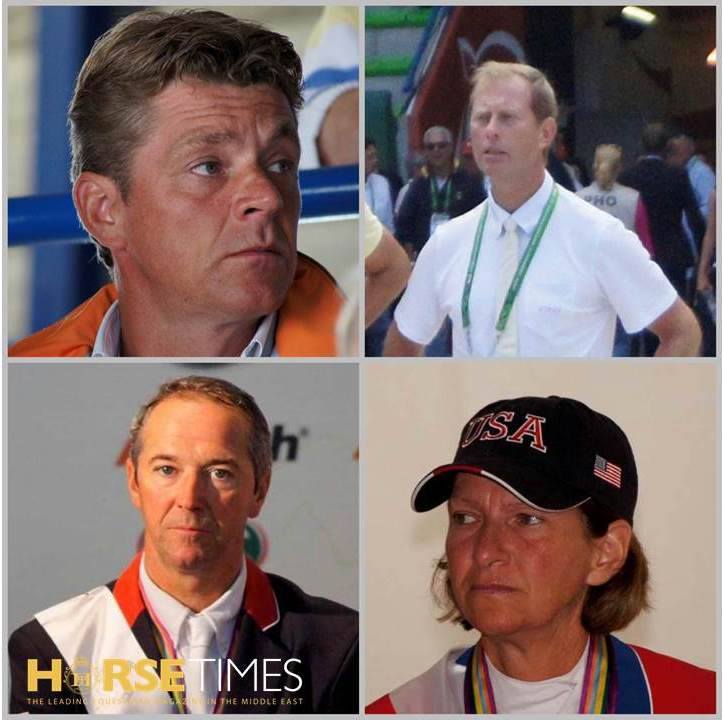 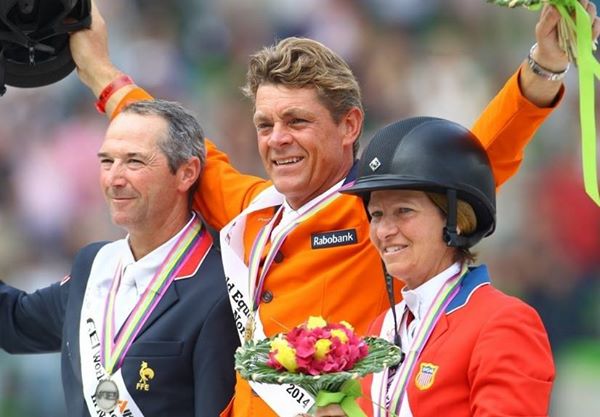 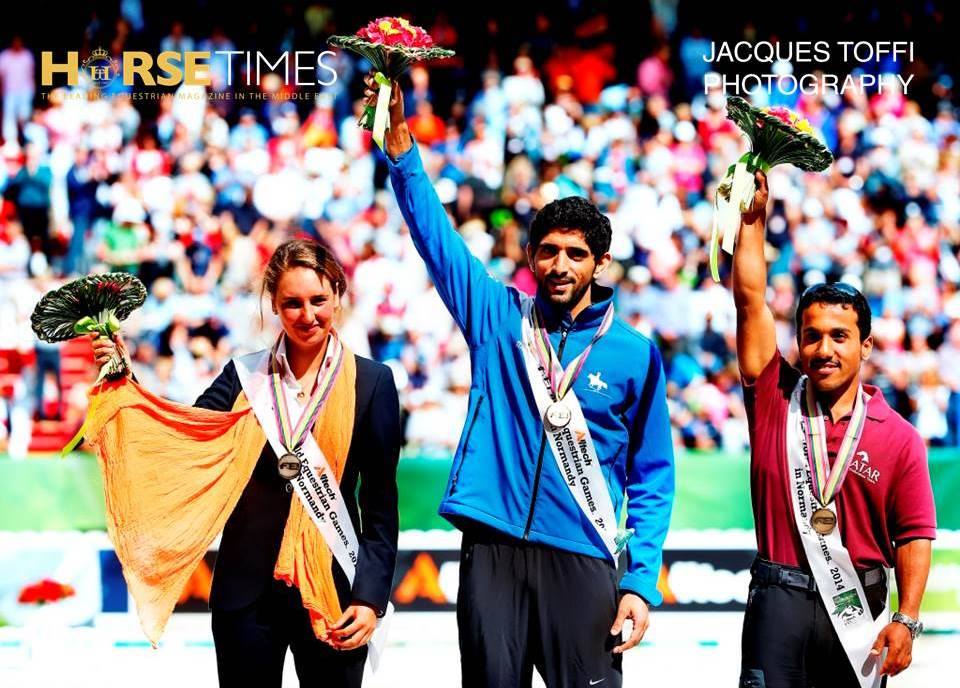 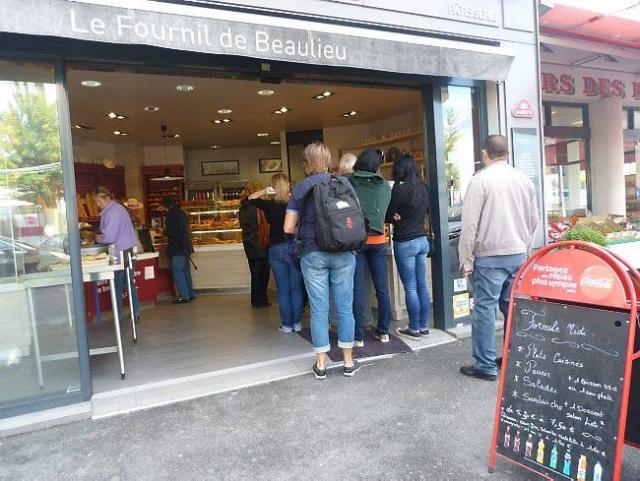 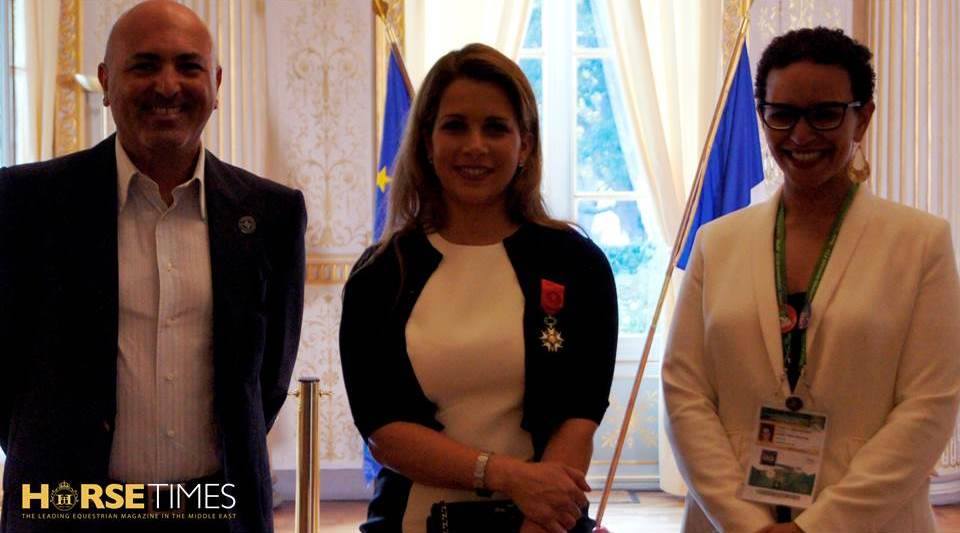